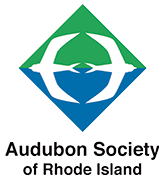 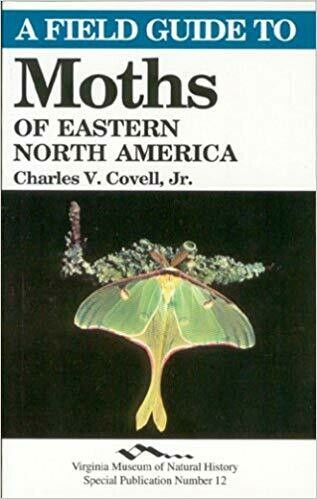 A Guide to the Moths of Eastern North America, Charles V. Covell, Jr.’s classic guide to the moths of the states and provinces east of the 100th meridian, has been reissued by the Virginia Museum of Natural History. Originally published by Houghton-Mifflin Co. in 1984, this title has been out of print since 1996. The book has been updated to reflect the current status of species, genera, and families of moths that it includes. Moths . . . has long been recognized as the most authoritative introduction to the moths of eastern North America. Intended for nonspecialists, but greatly appreciated by intermediate and advanced users, this book identifies and describes more than 1300 species in 59 families. The 1300 species, which include at least one in each of the 59 families present in the region, are those most likely to be encountered in eastern North America. Introductory chapters describe the anatomy and life cycle of moths and processes of collecting and preparing specimens. For each species, the book includes a description during the adult stage, the range as it was known in 1984, the flight season for adults, their relative abundance, and selected other information. Individual moths are portrayed from above, with wings extended, in 63 plates, many in color, while selected anatomical features, primarily wing shape and venation patterns, are illustrated in 76 black-and-white line drawings and photographs. Back and end matter includes a glossary of technical terms, generalized anatomical drawings, silhouettes of living moths at rest, and selected references and sources of additional information.

Save this product for later

The mission of the Audubon Society of Rhode Island is to protect birds, other wildlife and their habitat through conservation, education and advocacy for the benefit of people and all living things. Each time you make a purchase in the Nature Shop, 100% of the profits go directly to our mission of connecting people with nature. 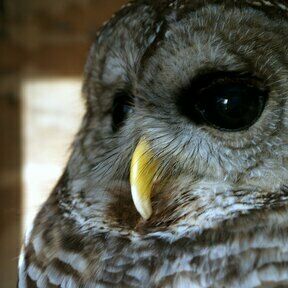 The Nature Shop is located at the Audubon Nature Center and Aquarium in Bristol, Rhode Island. The Nature Center and Aquarium is a natural history museum offering interactive exhibits that explore local habitats and wildlife found in the Ocean State. Visitors discover creatures that live in a tide pool, observe marine life from Narragansett Bay, visit with Red-tailed Hawks, and peek inside a 33-foot life size model of a North Atlantic Right Whale.

Situated on the 28-acre Claire D. McIntosh Wildlife Refuge, easy walking trails start in upland meadows and wind to a ¼ mile boardwalk through fresh and saltwater marshes to a majestic view of Narragansett Bay. Located along the East Bay Bike Path, the trails allow bikers and walkers access to the refuge's natural beauty.

Guided walks, birding classes, lectures and family programs are offered throughout the year. The facility and trails are handicapped accessible.